"... One imagines him arriving this week-end in Heaven, tapping his malacca cane against the pearly gates to test the strength of the carbonate of lime, and greeting St. Peter with the disarming tranquil gaze and the snowy head held high. He will ask to see the 'many mansions I've been hearing about for nearly ninety years,' and will be taken on an obsequious tour only to discover, without surprise and without regret, that there is a distressing reliance on Gothic, that there is nothing so bold as the cantilevered balcony over the waterfall in Bear Run, Pennsylvania; that nothing has been done to dampen with colored glass the enormous glare of the light that never was on land or sea. He will say as he turns away in boredom from his guide: 'The principle of floating all of these structures on a more or less stable mass of cumulus clouds is no newer that the cushion of mud I put under the Imperial Hotel in Tokyo in 1922, with the express purpose of withstanding (as it did) the wrath of God. I understand He has been sulking ever since.' " 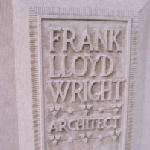 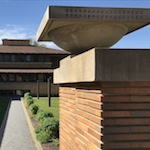 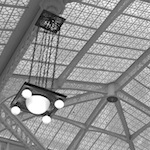 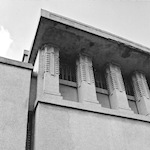 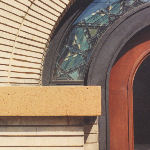 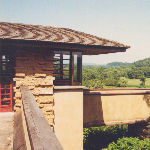 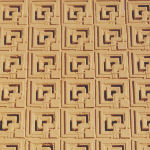 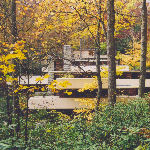 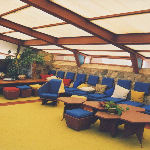 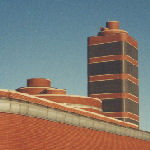 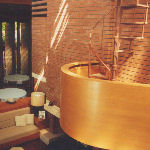 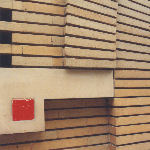 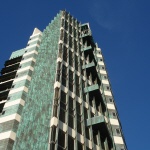 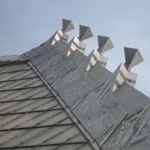 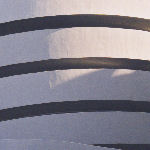 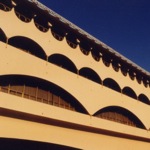 back to Selected Modern Architecture in the U.S.